We are working on it. Stay tuned... 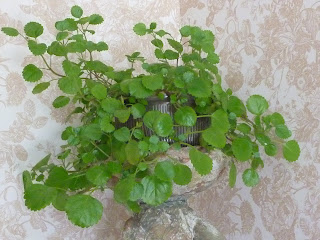 This past June, Peter brought home this lovely Swedish Ivy plant given to him by a co-worker and  proudly announced that this plant had it's roots firmly entrenched in the annals of White House history.  "Sure," I replied rather flatly, "Probably about as much as my Swedish grandparents, Helga and Olaf, did."  However, he then promptly presented to me an article about this plant that was published in Time Magazine all of the way back in 1984. 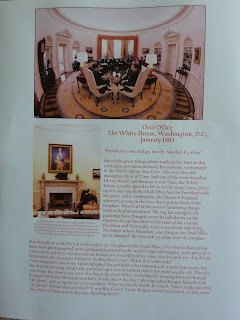 It begins by saying, "Presidents may come and go, but Swedish Ivy stays." In the picture, (just above) you can see a Swedish Ivy plant perched perfectly on the mantle, right there, in the Oval Office of the President of the United States of America.  The article goes on to say that this particular ivy plant was given to President Kennedy, in 1961, by the Irish Ambassador to the U.S. (at the time) as a token of affection between the people of our two countries and, in 1984, Ray Cave, the managing editor of Time, featured it in the magazine.  If you are interested in reading the actual article pictured here, go to:
http://www.time.com/time/magazine/article/0.9171.950221.00.html.

I'm thinking, as a matter of practicality, when it comes to indoor houseplants being presented as gifts to heads of state, Irish Shamrocks and even Irish Bells would not do because as they are clearly meant to be grown outdoors in the perennial and annual borders of the White House gardens, where say, an American president may not spend a lot of his time.  Come to think of it, Swedes are a hardy people living way up there near the Arctic Circle and this plant, attributed to them, has to be just as hardy and long-living.  The plant, or at least it's offspring cutting in the magazine picture above, has now graced the Oval Office for almost 50 years. 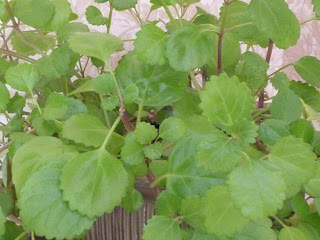 Having grown up in a Swedish household and honoring my own roots, I suddenly had a renewed interest in this durable houseplant that graces so many homes and offices, for that matter, around the world.  I realized, I now have  a piece of living history right here in my own home.  Now, before you get as excited as I was when Peter gave it to me, back in June, thinking for a brief moment that I had the actual plant, it is not the actual plant.  That, as I understand it, still sits there in the Oval Office but my plant is an actual cutting from that plant and, as the true mother plant grows in the White house, so do the huge number of cuttings given away by who I imagine to be various White House Staffers lucky enough to actually get a piece of the "plant pie," so to speak, and then pass it along to fortunate friends and family. Peter's office friend and co-worker, Nick, apparently received a cutting and a copy of the article from a friend through a friend, and so on and so forth, then passed it on to Peter to give to me.  How's that for coincidence, or as I prefer to think of it, providence. A piece of Swedish Ivy which has posed in countless official White House pictures and has listened in on even more historic meetings between world leaders and dignitaries has ended up in my home...pretty cool! 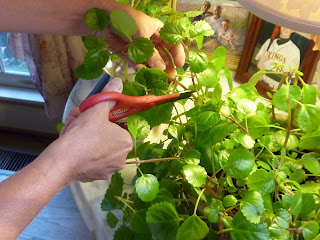 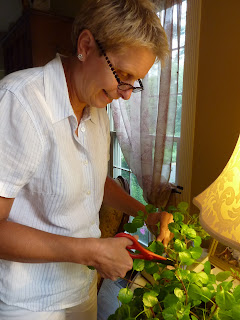 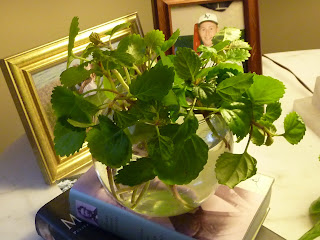 Not one to waste an opportunity, I made cuttings at the beginning of July and put them in a pretty, clear-glass bowl, in order to root, which I then placed on a table near a sunny window in my living room. Swedish Ivy, which really isn't Swedish but rather a native of Australia, earned its name because it gained popularity in Sweden during Victorian times as an indoor houseplant. Nor is Swedish Ivy really an ivy (Hedera spp.) because its characteristics do not include using its roots to cling to walls and surfaces.  It belongs to the mint (Lamiaceae spp.) family because of its lush, fast growing foliage.  It is also extremely easy to root from cuttings placed in water.  As long as you give these cuttings ample room in a container of clean water so they can stay healthy, it will reward you with plenty of healthy roots in return and then the cuttings can be planted in potting soil and keep on flourishing. Also, every time a cutting is made, two more shoots will appear from that stem. Swedish Ivy is easy to care for and loves sun but keep in mind that it likes to dry out completely between watering. 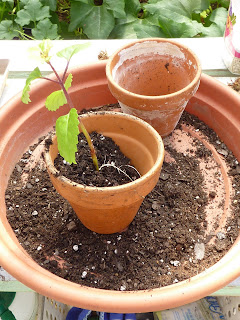 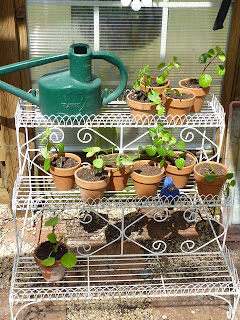 Once they were potted up, all of these pretty little babies from my Oval Office Swedish Ivy then spent time in the greenhouse until the summer sun and heat forced me to relocate them outside to a semi-shady corner nook at the back of the house.  They seemed very happy to spend their "summer session" in the protective shelter of the heat pump. 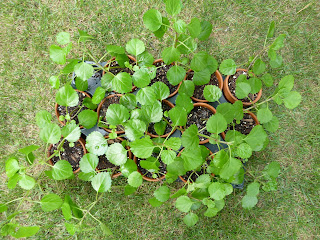 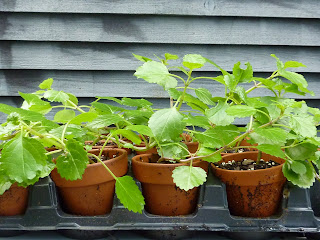 Here they are, near the end of August, just about ready to go to market along with the story that speaks of their authenticity.  The Time's Ray Cave, back in 1984,  had a novel idea when he thought about how the the White House changes with the arrival of each new administration.  He noticed how almost everything, from rugs and upholstery to paintings, is always matched to a President's taste.  However, no matter who is President, the Swedish Ivy plant on the Oval Office fireplace mantle seems to be a permanent fixture.  Now that's attention to detail!

President Reagan and his staff in 1983 are pictured above in the article, originally published in 1984, at the top of this blog entry. The writer of that article closes by saying that Reagan questioned why Time was so preoccupied with the Swedish Ivy?  With all that's going on in the world, then and now, perhaps you think so, too.  However, it's nice to know that maybe, just once in a while, no matter what side of the political fence you plant your garden, the important thing is that you plant a garden and let it grow and thrive so, in the end, we all have something as simple as a plant to positively link us together by passing it along...

Take Home a Piece of Virginia that's homegrown and handmade from Blooming Hill! 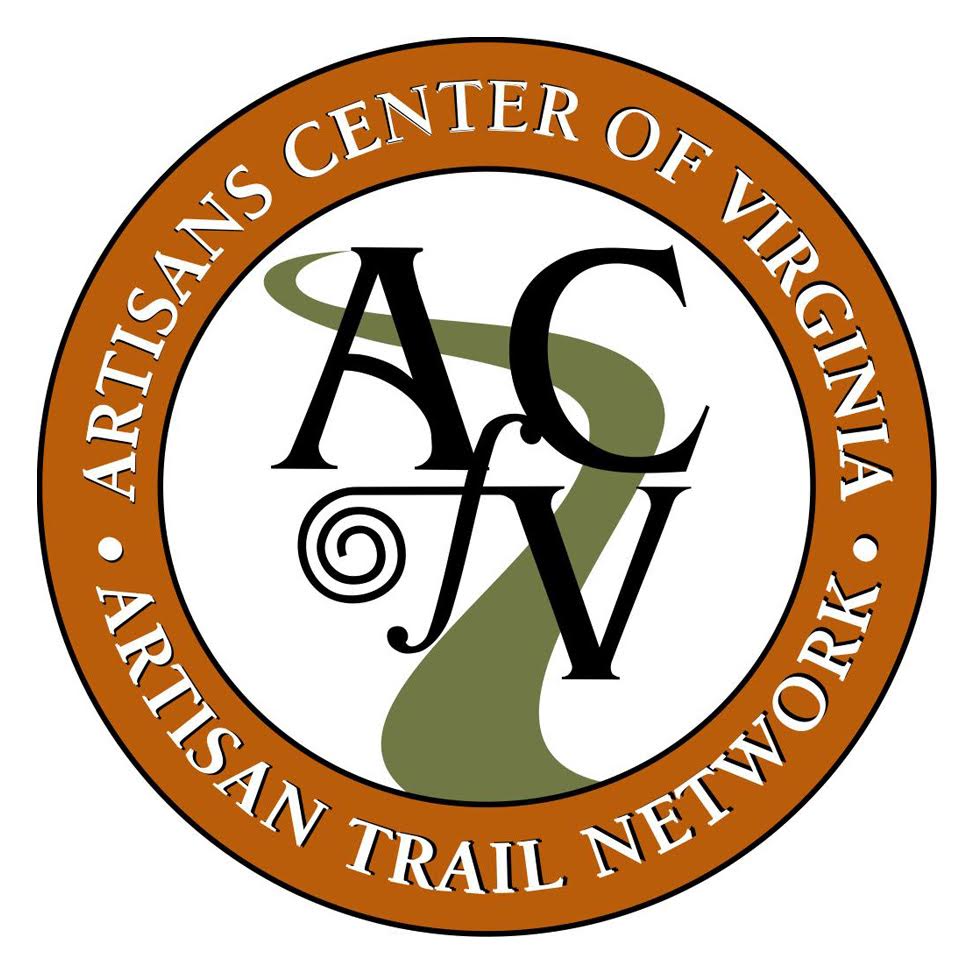 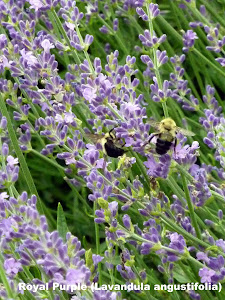 We are working on it. Stay Tuned... 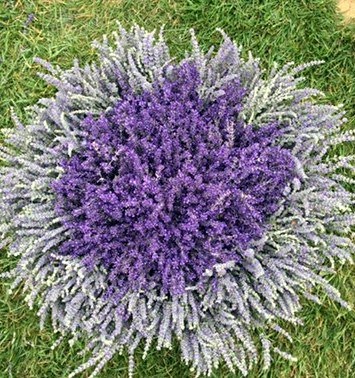 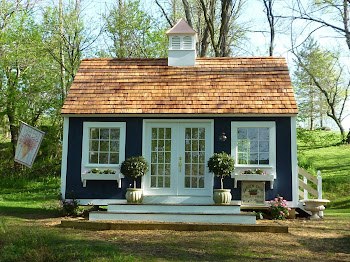 Our GPS/MapQuest address is 19929 Telegraph Springs Road Purcellville, VA 20132. We are located in Philomont just off of historic Snickersville Turnpike. Our shop is open Fridays and Saturdays 10am until 5pm and other days by appointment or request. We hope to see you soon!